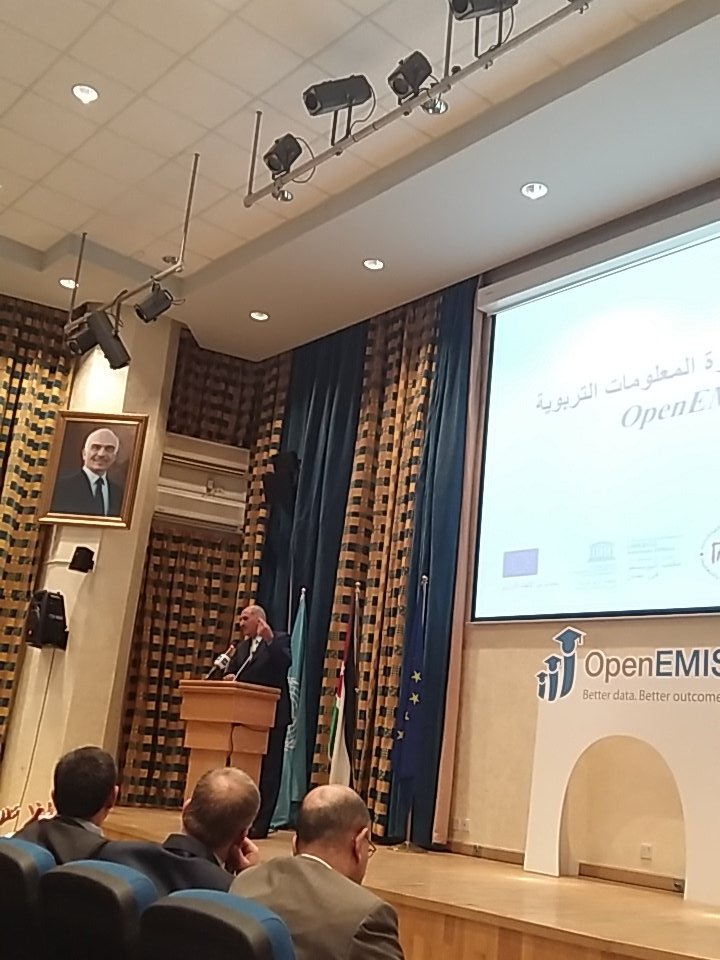 OpenEMIS marks a new era of education planning in Jordan

On 29th August 2016, the Ministry of Education (MoE) of the Hashemite Kingdom of Jordan launched OpenEMIS marking a new era in education planning according to UNESCO Amman.  With the support of UNESCO and funding by the European Union (EU), OpenEMIS, an Open Education Management Information System (EMIS), reaches more than 2,160,000 students and 140,000 staff in 6,893 schools in Jordan.  OpenEMIS is a global initiative launched by UNESCO with the aim of providing support to countries in the area of education system planning and management through the availability of timely, accurate, and quality sub-national data for evidence-based decision-making, leading to better education outcomes.

The Deputy Prime Minister and Minister of Education, Dr. Mohammed Thunaibat, was the guest of honor at the official launch where he expressed enthusiasm for the implementation of OpenEMIS and said that they are “proud to be the first country in the region to implement this program.”  The milestone event was celebrated with speeches by distinguished speakers, including the representatives of the Ministry of Education, EU, and UNESCO who noted this as “a major achievement of the OpenEMIS project” – Ms. Costanza Farina, UNESCO Representative to Jordan.

The ceremony included the award of certificates to MoE staff who participated in an advanced lab training on OpenEMIS delivered at the OpenEMIS Lab in Singapore from 30 May to 04 June 2016.

Community Systems Foundation has been supporting the OpenEMIS Jordan project commenced in 2014 with an initiative to track Syrian refugee students. Since then, the Ministry has taken steps to move to full scale implementation, and as of the official launch on 29th August 2016, the system is expected to serve as a robust, fully government-owned tool that will help the Jordanian Ministry of Education in the effective monitoring and strategic planning in the education sector.